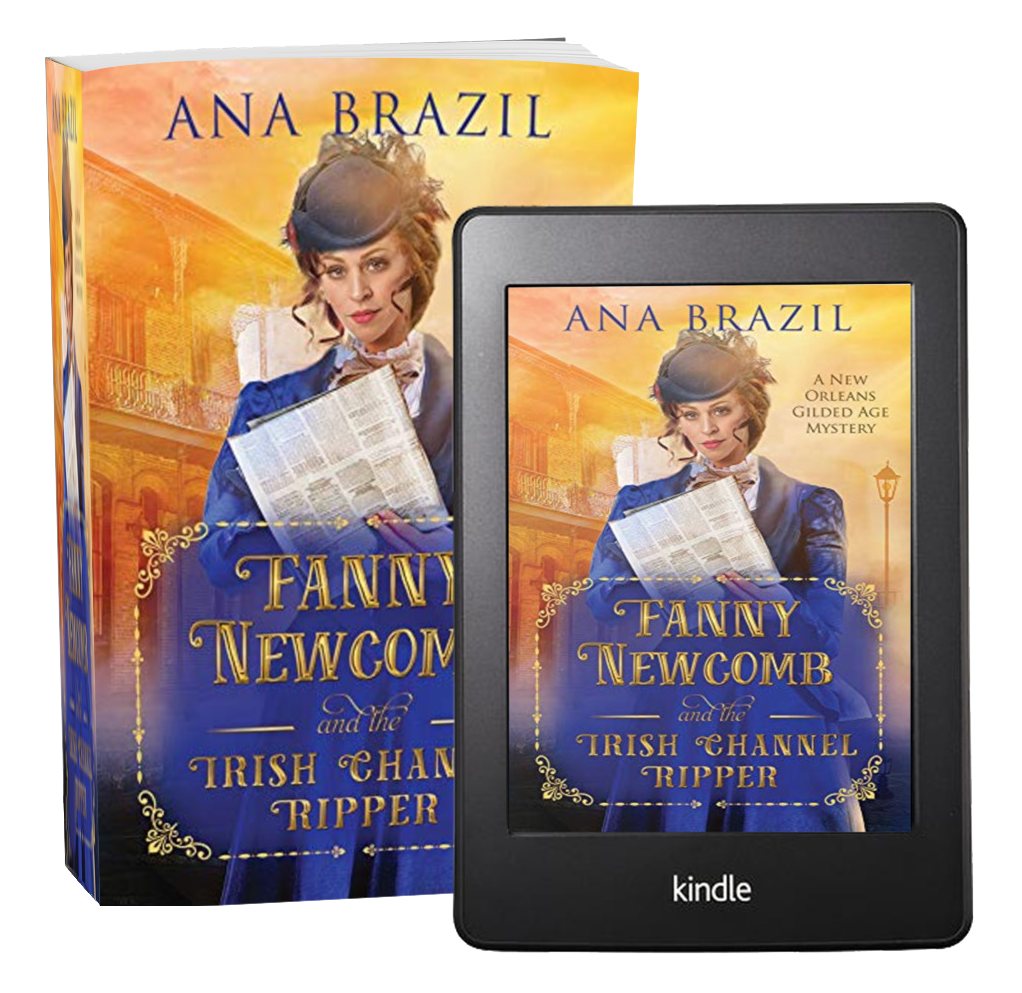 A Jack the Ripper copycat is terrorizing the women of Gilded Age New Orleans.

Desperate to know if her favorite student was a Ripper copycat victim, tenacious and quick-witted Fanny Newcomb turns detective.

Fanny’s hunt launches her into New Orleans’ darkest enclaves, saloons, and houses of prostitution. She questions authority, seeks out clues, and digs into long-protected secrets.

Fanny’s search alienates her friends, alarms the police, and antagonizes her would-be fiancé. Her efforts infuriate the Ripper copycat, who vows to murder another of Fanny’s students by the end of the week.

Fanny persists, and even appears to succeed in her investigation, until the night her curiosity plunges her into a desperate confrontation with the Ripper copycat.

Fanny Newcomb sucked the blood from the knuckle of her right thumb. Her fingers were stiff and reddened; her nails were torn. Her cuffs were rolled up to her elbows and she’d undone the top three buttons of her bodice. She dabbed the glow from her forehead with her crumpled handkerchief and surveyed her opponent. The battle had just begun.

The Hammond typewriting machine was not entirely uninjured. The A, P, and W keys were snarled tightly and buried deep in the carriage well. The typewriter was immobilized.

Fanny’s pride was bruised but her spirit was unbowed. “You’re just a machine,” she sneered. “Wires and plates and copper and keys. I’m smarter than you are. It might take me a while to figure you out but I’ll do it.”

But Fanny needed to master the machine now. If she couldn’t teach her students how to create perfect correspondence on the typewriting machine by next Wednesday, all hell would break loose. All hell in the grand personage of Sylvia Giddings, Founder and Principal of the Wisdom Hall Settlement House. Giddings’s outlook, authority, and decisions were absolute. She did not allow her employees to fail her. And Fanny was entirely in Sylvia’s employ.

Four months ago—when she answered Sylvia’s newspaper advertisement for a woman to teach business courses—Fanny had consummate confidence in her abilities. After all, Fanny had managed her father’s law office for ten years. If Fanny could file papers, keep accounting ledgers, and take shorthand, she could teach younger women to do so also. Fanny excelled at every office chore; she just had never seen a typewriting machine before.

But four months ago Fanny was at the end of her resources. Lying to Sylvia was her only option. Like Sylvia, Fanny was a spinster. But unlike Sylvia, Fanny’s prospects had shriveled to almost nothing after her father’s death a year ago. Since then, Fanny had both lost her livelihood at the Law Office and failed as a ladies’ companion. Teaching at something as new as a settlement house—especially one in New Orleans’ roguish Irish Channel—appealed to her as interesting, useful work. And Fanny was definitely qualified to teach. Well, almost.

Fanny dug her hands into the carriage well only to prick her fingertips again. “Damnation!”

Her fidgeting was interrupted by a resounding thump. And then another, both echoing from the third floor and down to Fanny’s first floor classroom. Even at eleven at night, Sylvia’s carpenter was still hard at work, building a staircase from the new third floor up to the roof. The work of turning Wisdom Hall into a glorious edifice of immigrant education—Sylvia’s Grand Plan—never ended.

“Go home, Karl!” The carpenter had disrupted both of Fanny’s classes tonight with his noise.  “Give me a moment of quiet!”

Fanny dabbed her forehead and neck with her handkerchief again. Although it was only April, New Orleans was choked with a sudden heat that was worthy of summer and the early evening breaks of rain only intensified the humidity. Closed-up in the classroom, Fanny was drenched in frustration. Still, she carefully unglued the keys from each other and examined the machine to make sure she had not permanently injured it. She reviewed the diagram of the keyboard pinned on the easel and commanded her fingers to press each key with equal strength and rhythm. She’d almost completed typing the date when the 8 and 9 keys jammed.

The paper was smeared and unreadable. Fanny ripped it from the wheel, enjoying the harsh whir she forced from the machine. She picked up the machine—ready to shake it into submission—and then thought better of it. Sometimes a mean machine really needed a sharp kick. She set the machine on the floor and aimed her boot at it. But before she could discipline the keys, the infirmary night bell rang out from the front gallery.

Fanny was out of the classroom and into the main hallway in seconds. Only Sylvia’s sister—Dr. Olive Giddings—or the doctor’s assistant Thomas were supposed to answer the infirmary bell but it was still ringing frantically when Fanny arrived at the front door. And there was no sign of Olive or Thomas. Fanny gave a thought to buttoning up her bodice. Despite the roar of spring heat, despite her frustration, she should never have aired her neck until she reached her bedroom. But the collage of blood and ink on her fingertips had already left vivid stains on her skirt, and
this was her best bodice.

Two sturdy black dogs rose from their beds at the back of the hallway and galloped toward the front door.

“Ready to break the rules again?” Fanny asked Cain and Abel as she pulled the doorknob.

Liam O’Donnell, all twelve years and eighty pounds of him, stood at the threshold, feet planted firmly apart, as if he were in the boxing ring. Through his thin cotton shirt Fanny could see his narrow chest heave up and down. He gulped for air but managed to blurt out, “Doctor Olive’s needed at Conner’s Court.”

Fanny stooped down to meet his dark wet eyes. “Why? What’s happened?”

The boy wiped his hand under his nose and then on his pants. “Someone’s been murdered in the Irish Channel!” 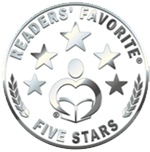