Greetings book club readers! I’m thrilled that you’re reading Fanny Newcomb and the Irish Channel Ripper and hope these questions can kick off your discussions.

If you’re in the San Francisco Bay Area, I’m often available to join your book club in person. Likewise, I can join you via Skype. Just send me an email at anabrazil [at] sbcglobal.net to set something up. 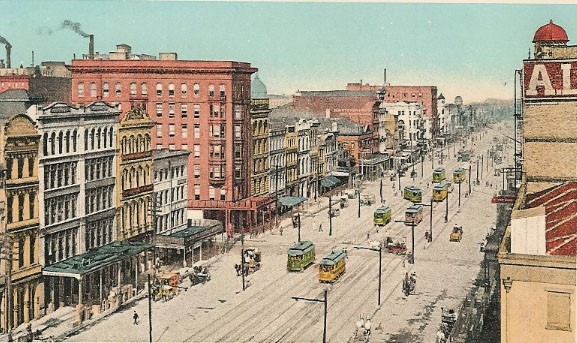 The city is overrun with prostitutes, pornographers, and a malicious Jack the Ripper copycat who brutally murders Fanny’s favorite typewriting student. Fanny immediately launches into a hunt for the self-proclaimed Irish Channel Ripper and forces Sylvia and Olive to assist her. Together the women forge through saloons, cemeteries, slums, and houses of prostitution to find the murderer.

Ana Brazil is a lifelong student of history. She explored the historic houses and landscapes of Virginia as a teenager, earned her master’s degree in American history from Florida State University, and traveled her way through Mississippi as an architectural historian. She also spent one long, very hot summer in New Orleans researching content for her master’s thesis.

Ana’s hobbies include reading historical mysteries, playing the bluegrass mandolin, baking (brownies for the volunteers at Alcatraz are a specialty), and travelling as much as she can. She is a member of the Historical Novel Society and Sisters in Crime.

Ana, her husband, and her dog Traveller live in the beautiful Oakland foothills. 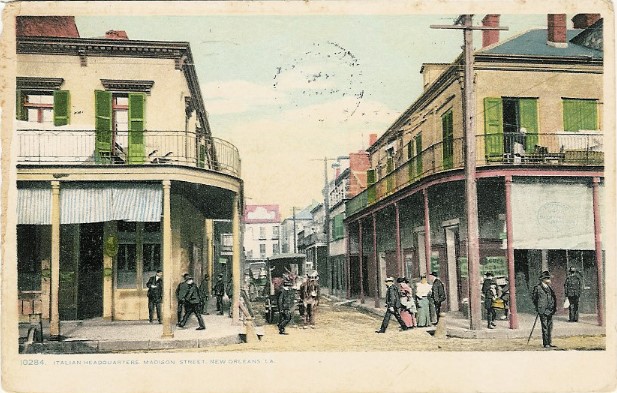 SPOILERS AHEAD, SO READERS BEWARE!

To avoid spoiling those who haven’t read yet, the discussion questions can be downloaded and printed for your book club here

An interview with Ana (originally published in Passages to the Past)

Q: What inspired you to write Fanny Newcomb and the Irish Channel Ripper?

I’ve always enjoyed reading historical fiction but was surprised that there were so few southern heroines. Other than Gone with the Wind, where were the stories about brave, clever, and adventurous southern women? Since I had researched and written my masters’ thesis about socially active late 19th century women in New Orleans, I was sure that these women existed. And my very vivid imagination was also sure that these women could solve any murder mystery that New Orleans could throw at them.

Q: What was the hardest scene to write?

In one sense—and I’d say this is true for every storyteller—the first chapter is always the hardest scene to write. My first chapter had to perfectly introduce Fanny and get the story rolling.

Q: What was your favorite scene to write?

I really like the scene where Fanny, Sylvia, and Olive are talking on the rooftop of Wisdom Hall. Everything has been so hard and disagreeable between them, and finally, they relax a bit and reveal themselves to each other.

Q: What would you like readers to take away from reading Fanny Newcomb and the Irish Channel Ripper?

If you really think you’re supposed to be doing something, do it.

Q: Why did you choose to set the novel in Gilded Age New Orleans?

I wanted to incorporate the “Jack the Ripper in the United States” mythology, and since he committed his London crimes in 1888, I set my story in 1889. And I couldn’t not write about New Orleans! Gilded Age New Orleans is such a rich, complex, and dangerous locale.

Q: What type of research did you undertake when writing Fanny Newcomb and the Irish Channel Ripper?

I’ve read 1889 New Orleans newspapers until my eyes wore out; I’ve toured New Orleans’ Gilded Age buildings and neighborhoods; and I tried to read a lot of biographies of brave and enthusiastic women of the late 19th century.

Q: When did you know you wanted to be a writer?

Almost always; definitely since grade school. Once I read Little Women, I had to be Jo March!

Q: What has been your greatest challenge as a writer? Have you been able to overcome it?

Although I’m really good at envisioning “the worst that can happen” (which is great for plotting), I really like “everyone to get along”. Which means that I have to work hard at creating conflict, both between characters and internally within each character. I love to read historical romances, but I’m always yelling at the heroine and hero…“Why don’t you just talk to each other! That’ll fix everything!”

Q: Who are your writing inspirations?

Right now, Gail Carriger inspires me because she’s so imaginative and wild!

Q: What was the first historical novel you read?

It must have been Little Women. But I also remember reading Caddie Woodlawn.

Q: What is the last historical novel you read?

I just finished Amy Stewart’s Girl Waits with Gun. Loved it! And I also want to mention Kate Warn: Pinkerton Detective by Marissa Moss and April Chu. It’s historical fiction for children and is so beautifully written and illustrated.

Q: If there was a soundtrack for your novel, what songs might we find on it?

I really enjoyed listening to Ken Burns’ The Civil War when I wrote Fanny Newcomb and the Irish Channel Ripper. So my soundtrack would have lots of brass bands, slow waltzes, and soft guitar music. Then I’d add some spirited Irish waltzes! And a version of “If Ever I Cease to Love”, which was written in 1871 and used as the royal anthem for Rex, King of Carnival.

Q: What appeals to you most about your chosen genre?

I like mysteries because I like to solve problems. I like the resolution of a mystery and seeing that justice returns to the world, and that most characters are just a little smarter and a little more self-aware from their journey.

Q: What historical time period do you gravitate towards the most with your personal reading?

Definitely late 19th and early 20th centuries America. And then the same period in England. But I’ve always wanted to slow down for a while and concentrate on reading just Revolutionary and Colonial American historical fiction. I’m totally in love with Colonial Williamsburg and would love to live there for a summer and just read, read, read Colonial American historical fiction.

Q: Lastly, what are you working on next?

My friends and I call it “Fanny 2”, but the working title is Fanny Newcomb and the French Quarter Laudanum Lover. It’s “what happens next” to Fanny, Sylvia, Olive, Lawrence, Daniel, and Clarence. 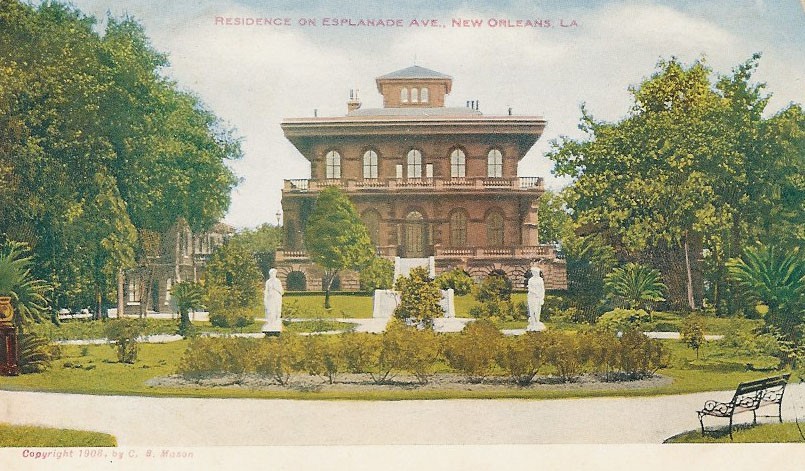 Some of Ana’s blog posts about Gilded Age New Orleans

via Historical Fiction with Spirit

via The Book Junkie Reads

How to survive a killer Mardi Gras, circa 1889

That’s all for now!